Is your Team interested in Volunteering at Championship?
We still need several support roles filled, including queuers, practice field monitors, and a safety crew. We also still need a handful of judges and referees (must be a high school graduate for these roles.) If your team is interested in volunteering, please contact Christine directly for a list of roles available and instructions for registering to volunteer. Volunteers must be registered by February 11, and walk-on volunteers will not be able to be accepted.

Albuquerque Event Results
Congrats to all the teams that competed in Albuquerque, and thank you to FTC Team 7582 Griffin Robotics for putting on such an awesome event!

Chandler Event Results
Congrats to all the teams that competed in Chandler, and thank you to FTC Team 2844 Valley X for putting on such an awesome event!

Good Luck to all the teams competing at the Albuquerque & Chandler Qualifiers this weekend!

Check out all the action here

Thank you to the CocoNuts for providing the Albuquerque live stream.

Check out all the action here

Thank you to Valley Christian High School for providing the live stream.

Congrats to the teams that have qualified for the AZ & NM Championship! This page will be updated with more information as it becomes available. Please check back frequently. We will also send updates via email. Updated March 13, 2019

We hope you all enjoyed your extra month to work on your robots :) We're ready to have a great event next week!

Parking
The parking lot right by the Fieldhouse is reserved for volunteers, and available for 10 minutes per team to load into the pits.To get to team check-in, please take the walking path around the building to the east side of the Fieldhouse and enter through the lobby. Teams need to park behind the Cline Library. Please see the map under Championship information.

AND NOW...The Announcement you've ALL been waiting for...
We're pleased to announce that the Arizona and New Mexico Championship will advance FOUR teams to the FIRST World Championship in Houston April 17-20, 2019!

Keep in mind that this is the Winning Alliance for the whole CHAMPIONSHIP - in other words, your alliance has to win your division, and then win two matches against the winning alliance from the other division. Please be sure to prep your team representatives for alliance selection.

Food Drive
We're collecting food to support the Flagstaff Family Food Center. Please rally your team to bring non-perishable food items. The items most needed are: Canned soups, vegetables and fruit, pasta, beans, rice, peanut butter, tuna, and other items with a long shelf-life. CONTEST: The team with the most items donated to student ratio will win a prize!

Hotel Rates
Flagstaff has LOTS of hotels, but a couple have offered discounted rates for teams. See the list under Championship Information to the right for information on booking.

Dining - UPDATED
Because NAU is on spring break, the dining on campus is closed on Saturday. Einstein Bros and Starbucks in the Union will be open Friday from 8:00 am to 2:00 pm.

IMPORTANT: THE LAST OPPORTUNITY TO NOMINATE STUDENTS FOR DEAN'S LIST IS TODAY AT 9:59 PM MOUNTAIN TIME!!!! See the Dean's List Information to the right to get your submission prepared.

Alamogordo Event Results
Congrats to all the teams that competed in Alamogordo, and thank you to FTC Team 8955 R2D2 for putting on such an awesome event!

Queen Creek Event Results
Congrats to all the teams that competed in Queen Creek, and thank you to FTC Team 10523 Dragons for putting on such an awesome event!

Good Luck to all the teams competing at the Alamogordo and Queen Creek Qualifiers this weekend!

Unfortunately we're not able to live stream the events this weekend because of internet issues at the venues. Look for results coming next week.

There are a handful of spots available at January Qualifying Tournaments.

If your team is interested in competing at any of these events, please contact Christine directly. First come, first served!

LAST Dean's List Deadline Coming Up!
You have a student on your team, who above all others, demonstrates leadership, has an entrepreneurial spirit, and is dedicated to increasing awareness of FIRST®. FIRST® Tech Challenge students are changing the world – help the change-maker on your team further their potential and nominate them for the Dean’s List Award.

Dean's List Nominations for all February tournaments is coming up on Tuesday, December 15 at 11:59 PM Eastern Time. THIS IS OUR REGION'S LAST CHANCE TO NOMINATE!

Teams competing in the West Valley and Duel qualifiers must submit their nominations by the deadline via your Dashboard. See the Dean's List resources to the right for more information.


Good luck to the teams competing in Alamogordo and Queen Creek this weekend!! 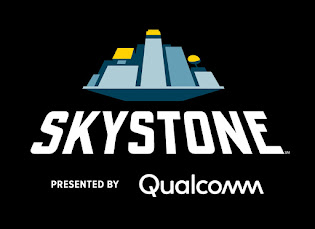